THE WALK IN THE SNOW: the true story of Lise Meitner 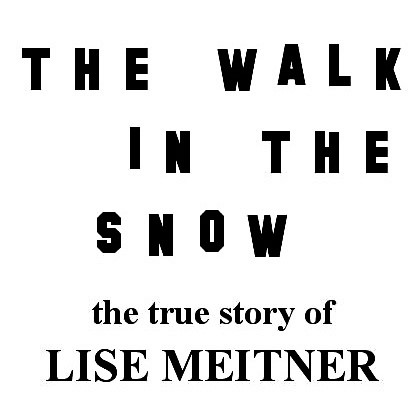 Physicist, fugitive, pioneer.
On Christmas Eve 1938, two refugees from the Nazis walk out into the Swedish snow.
Sat on a tree-trunk, they make a shocking scientific discovery. And the world changes forever.
From the creator of THE INVENTOR OF ALL THINGS: ★★★★★ CBC, ★★★★★ Winnipeg Free Press, ★★★★★ Edmonton Journal. Best of Fest, Ottawa Fringe 2017.
“I will have nothing to do with a bomb”.